District 13 is a heavy alternative rock band based in London. The band came together when Asen (Drums) and Richard (Bass) placed an advert for a singer to start a new project. Jon (Vocals/Guitar) applied and District 13 was formed.
District 13’s aim to infuse Heavy Metal and Punk to create their own unique sound. They have been described as a cross between Black Sabbath and The Ramones. The songs are mostly uptempo heavy and the band prides itself on a high energy stage show. Lyrically the songs are made of dark themes.
The band have been performing live shows and have received an extremely positive reception from audiences. Highlights for District 13 include performing at the Hills of Rock festival in Bulgaria in 2018, this festival was headlined by Judas Priest and Iron Maiden.
On 15 th July 2019 the band released their debut album - Soma. It was produced by Georgi Stanev. Their album Soma has been met with positive reviews and the release of Soma was accompanied by a video for the single Wild Flowers. Their songs Soma (music video released in December 2019), First Impressions (latest music video) and Shadows (lyric video) have gained real traction online and also continue to woo audiences during their live shows.
District 13 are on the rise and have released two more music videos in 2020. Their single "Is This The Way" was used in the movie "Yatagan" (released on 18.03.2020) by the famous Bulgarian director Andrey Andonov.
Early 2020 District 13 have had two of their songs aired on BBC Introducing and received amazing response from presenters and listeners. The band have been invited again to perform at the Hills of Rock Festival in Plovdiv, Bulgaria in 2022 - Slipknot and Sabaton are booked as headliners.

District 13 have already been able to share the stage with famous names like Iron Maiden, Sabaton, Judas Priest, Tremonti and Battle Beast to name but a few.
The work for their second album runs at full speed, as well as the production of 3 music videos for the new album is already taking place. In 2022 District 13 will present really hot new stuff to their fans - who liked the debut album, will love the new one!!!
In September 2021 District 13 signed a label deal with Curtain Call Records. The new album „Step Into The Fire“ is ready and two singles Step into The Fire and Forever This Way have been released.

In January 2022 District 13 have recruited a new bassist Tiz. The band have been booked to play Wychwood Festival on 3rd June 2022 alongside names including Sophie Ellis-Bextor and the Undertones. 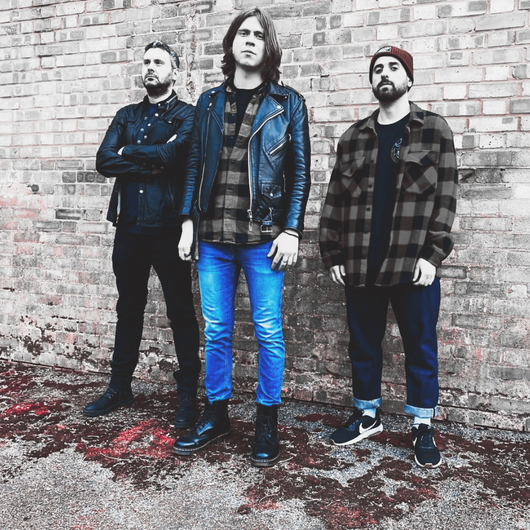